Dispatches on Living Well from the rural Spoon River Valley

Depression isn’t *a* real thing. I am not saying depression doesn’t exist, I’m just saying that it is actually many things, and that what we tend to call “depression” is really just a mash up of lots of different types of human suffering, with different causes, courses and manifestations. 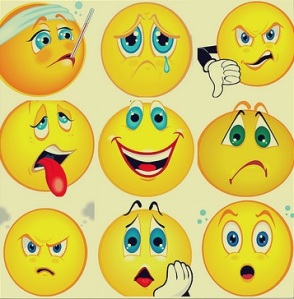 Depression is best known as a specific diagnosis, the criteria for which are set forth in the latest volume of the Diagnostic and Statistical Manual for Psychiatric Disorders (DSM). So, according to the American Psychiatric Association, the group that publishes the DSM, depression is pretty clearly defined- it is a thing! However, even when it is most strictly defined, it still has many, many variations. First off, there many major diagnoses that are relevant to depression.  Is it a unipolar depression, meaning the symptoms are all ones indicating a general depression, or is it bipolar, in which depressive episodes are punctuated by periods of mania? Does it reach the level of major depressive disorder, or is it better explained by stressful acute life events; such as an adjustment disorder? Perhaps it is more long term but less severe, like dysthymia. Also, it might be depression that is induced by the use of substances. Or maybe it is depression due to a medical condition.

So then, lets say that it seems like Major Depressive disorder. That is *a* thing, right? In order to qualify for this diagnosis, you must have at least 5 symptoms from a list of 9 possible symptoms. I did the math, and according to my back-of-the-napkin calculations, there are about 256 possible ways in which these symptoms could combine to qualify for a diagnosis.

We’re not done yet! The Depression could be classified as mild, moderate or severe. If we take a detailed history, we can see if it is chronic, episodic, or a single isolated episode.

This is what I mean when I say that depression is not a *thing*. The term is so broad that, functionally speaking, it is basically useless. But, you may argue, these are just symptoms! Certainly there are many possible ways in which a disease can manifest, and these are just various permutations of the same disease.

We are now at the root of the problem. There is no evidence of any single underlying cause of what we generally refer to as “depression”, by which I mean the ridiculously broad spectrum of symptoms that are assigned the name “depression”.

What we refer to as “depression” should really be “depressions”, various, multi-causal, functionally distinct forms of human suffering.

But what about the chemical imbalance theory? Doesn’t that explain depression? Given the commercials for pharmacological fixes on TV and the amount of attention the theory has gotten, one might expect that there exists a pile of evidence in support of it. Sadly, the term “chemical imbalance” is not really much more than a “figure of speech”, a kinda-sorta way of trying to say that depression might kinda-sorta have something to do with the brain, and the brain operates in large part on the interactions of various biological neurotransmitters.

To put it mildly, the folks studying the “biological roots” of depression have their work cut out for them. There are currently no biomarkers associated with the ridiculously broad umbrella term “depression”, so there is no way to test for a disease that may or may not exist.

There are lots of other theories. One that is gaining prominence is the idea that depression results from systemic inflammation. This is known as the “Immune Cytokine Model of Depression”. This theory has its significant merits, but it is still treats depression as if it is a thing, when, not to belabor the point, it really isn’t. Two people can have the same diagnosis and can function completely differently. Why assume that these two people are struggling with the same underlying causes?

Someone who is homeless, an overburdened working parent, a directionless college student and an apathetic farmer may all, according to the current definition of depression, qualify for the same diagnosis. Of course, if they all have the same diagnosis, it should follow that they should receive the same treatment.

This is about like treating everyone who comes in with chest pain as if they are having a heart attack. MAYBE the person with chest pain symptoms is having a heart attack, but maybe they have a variety of other heart conditions, or lung problems, or digestive problems, or muscle sprains, or panic attacks. Further assessment, including taking vitals and other biometric data, is required in order to arrive at the cause of the problem.

Currently, we don’t have the knowledge or tools to determine the biological causes for depression, if they even exist, which is at the moment still an unproven assumption. At this point, I think that the most prudent course of action is to assume that depressions are caused by many, many different things, including biological, genetic, relational, lifestyle, psychological, environmental, occupational, and financial causes, among others.

In my view, the most successful way to start treatment is with the clear assumption that we don’t really know what is going on. Then, rather than point to “a solution” to “a problem”, perhaps it would be more effective to start by assessing the exact ways in which the problematic symptoms function in the context of a person’s life. Then slowly, methodically, try to experiment by making changes bases on this assessment, and see which changes seem to be the most effective.

When dealing with problems of a psychological nature, trial and error is likely to take you a whole lot further than the proverbial “magic bullet.”